The varsity football played a very good Mississinewa team on Friday night. The Bruins went in with several starters sitting the sideline due to injuries against the much bigger Indians who are now 3-0. 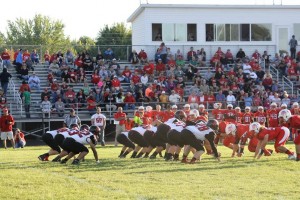 The Indians jumped out to a 22-0 lead before Austen Lancaster returned a kick-off 92 yards for the touchdown to cut the lead to 16. The Indians would score the games next 47 points before Skyler Tarr scored on a 68 yard run as the C teams battled most of the 4th quarter. Joey Payne ran in the conversion. A positive to take away for the Bruins was that it was the first time this year that the Indians had given up more than one score. 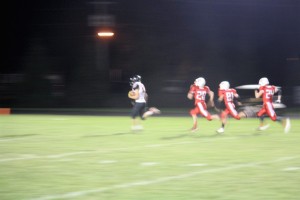 Shroyer had 3.5 tackles and Carson Kinder added 3 to lead the defense.

The Bruins host Oak Hill on Youth Recognition Night. Kick off is set for 7:00pm. The Pee Wee football teams and fall BJHS teams will be recognized at half time of the game. All kids being recognized are asked to be at the field by 7:15pm. Those recognized will get in free. Parents must still pay to enter if they choose to attend.