The boy’s soccer team ran into a very good team from Liberty Christian. The Bears (7-3) defeated the young Bruins (1-7) by a score of 7-0. 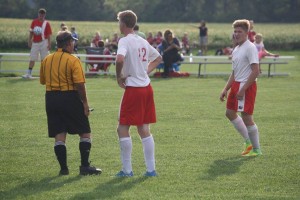 Charlie Cranston recorded a season high 20 saves while in goal. Mark White, Keaton Elkins, Spencer Blakely, and Colton McNeal each had a shot on goal. 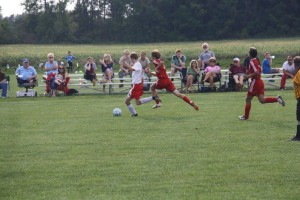 Coach Batman stated after the game, “Liberty Christian might have been the best all-around team we have played this season. Their players were incredibly fast and efficient with the ball. We were out played, out hustled, and out skilled.

“As the match progressed, we progressed made corrections and started playing some great soccer. We held possession and created opportunities for each other. The problem is we only did this for 25 minutes in the second half. We are still struggling to put an entire match, 80 minutes, together.

“I saw some great things tonight. Our midfield stepped up and showed some great ball movement. Our forwards made some adjusts and started to find weaknesses in the opposing teams system. It was encouraging to see the corrections and adjustments the team made. We haven’t improved as a match progressed this season.”

The Bruins head to Tipton on Thursday for a 5pm match.