The Bruins and the Raiders of Wapahani came in evenly matched and both went home evenly matched as they battled 80 minutes to a 2-2 tie. Colton McNeal and Keaton Elkins each scored a goal with assists from Elkins and Quinten Howard, respectively. Charlie Cranston recorded 13 saves on the night. 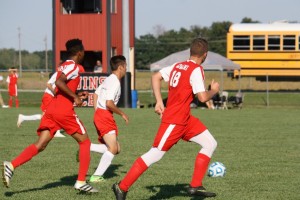 Coach Batman complimented the Raiders efforts after the game, “Wapahani’s coach has really helped them elevate their game. They have some players who can make an impact and showed us that tonight. They played a tough game tonight and exploited our weakness well.”

Coach Batman was positive about his team’s play as well, “I thought we put forth a good effort tonight. It wasn’t a great effort or a winning effort but we saw some very good possession and passing. The guys took what we worked on in practice and put it into tonight’s game. Our goals game from a cross and crashing the goal which is what we work on. It was good to see that we are starting to think through the game and have a purpose for the ball.” 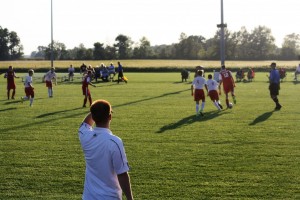