The junior high and high school cross country teams competed at the Versailles Tour De Sewer Invitational in Versailles, Ohio where they encountered a hilly terrain.

The high school teams were both incomplete due to 3 runners missing because of a Raider event in Kentucky.

There were 110 girls in the high school race. Falynne Reed led the way with an 18th place finish in a time of 21:49. Second for the ladies was Natalie Thurman, placing 30th in a time of 22:41. This effort was nearly 50 seconds faster than her previous personal best. She was closely followed by Jamie Twibell (34th) and Bry Futrell (45th). 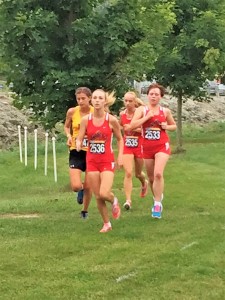 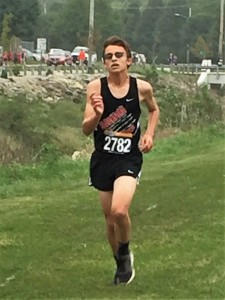 There were 118 runners in the high school boys race. Andrew Thurman pulled off an 8th place finish with a personal best time of 17:40. Cameron Rinker also set a PR, running a time of 21:50 over the 5K course. Jacob Clamme was nearly on his PR as well.

“I am excited for the girls team for next week as we have a legitimate chance to place in the top 2 teams in the CIC, assuming that we are able to stay healthy this week. On the boys side, we will be happy to finish ahead of teams at conference,” said Coach Gleckler.

The junior high ladies finished 12th out of 13 teams. They typically race a 3K, but since they were in Ohio, the distance was a full 2 miles (3200). A few of the runners still ran faster 3200m races than their previous 3K bests. All of the ladies ran personal best times for the 3200m distance. The biggest drop in time was by Leah Cale.

The junior high boys had 4 finishers. Kegan Stewart led the Bruins for the first time this season and the 4 boys finished within 33 seconds of one another. 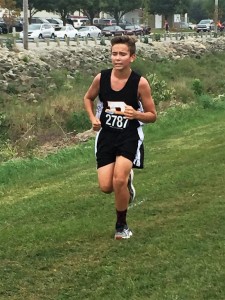 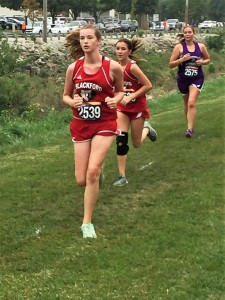 “All junior high runners ran tough on the hills and are looking forward to closing the season out on a high note next week,” added Coach Gleckler.

There was a fun run for K-3 and 4-6 graders. 3 runners competed for the Bruins. Mason Kitterman won the 800 meter K-3 race with nearly 50 entrants in a time of 2 minutes and 45 seconds. He was a member of this year’s Bruin Running Cubs.

The Bruins will compete in the CIC Championships next Saturday at 10am at Taylor University’s course.