The varsity boys basketball team fell to Elwood 80-42 to drop to 0-8 on the season. 6 players scored for the Bruins who battled in the first to trail 15-11. A rough second quarter shooting led to a 41-16 half time deficit. 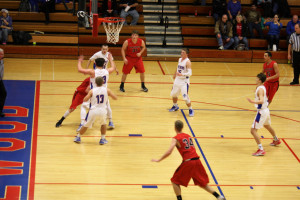 Nathan Brown scored 14 and grabbed 8 rebounds to lead the Bruins. Jacob Ross scored 7 points. Ethan Huffman and Andrew Beckley each chipped in 6 points. Tyler Cagle had 4 points and led the Bruins in rebounding with 10. 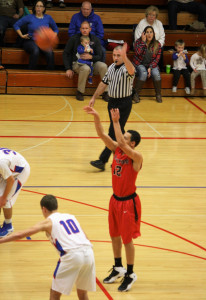 The JV  improved to 4-4 with a win against Elwood on Friday night. The team struggled offensively against Elwood’s 1-3-1 defense to start the game and had to battle back from being down 8-3 in the first couple of minutes. The Bruins took the lead going into halftime 25-23. 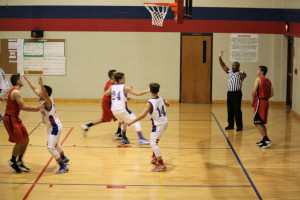 With the game tied at 46, Caleb Mealy threw a full court in-bounds pass to a streaking Dalton Willmann, which led to an Elwood foul. With less than a minute on the clock, Willmann hit both free throws to put the bruins up 2 and eventually win the game. Elwood had an opportunity to hit a 3-point basket but was unsuccessful. 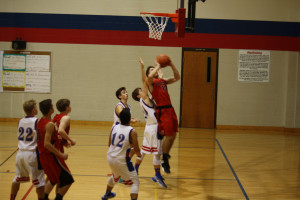 The Bruins return to action January 6 for a triple-header at Madison-Grant starting with the C game at 5pm.