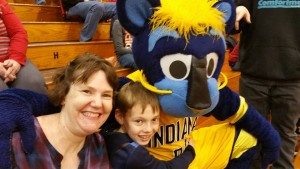 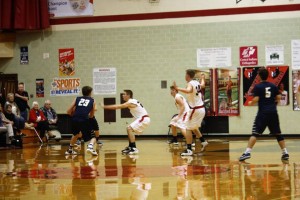 The length and athleticism of the Golden Eagles was too much for the Bruins who were again playing with several players out including almost all of the players who play the guard position. The JV dropped their game 53-8.

Coach Scott Clamme said after the game, “Both teams were having a rough week. The Oak Hill players have apparently been passing around the flu. Earlier in the week, they only had 5 of their 25 players at practice, but they had all but one or two back tonight. We ended up with a total of 9 players out tonight for various reasons,” Coach Clamme concluded, “Hopefully, we will have several back by next Friday’s game vs. Southern Wells and we will have a few more back for the Senior Night game against Wabash on Saturday. I was proud of the effort tonight. There were stretches where we really executed well.”

The Student Council also shared a moment of appreciation to Mr. Russ Sutton for all he has done to affect the lives of so many as part of a project they are doing. Dayton Dow shared a few words about the project and former Bruins Bill Johnson shared a few words about Coach Sutton to the crowd. At one point, Johnson asked those in the crowd to raise their hands if they had been impacted in some way by Coach, and over half the fans on hand raised their hands. It was an awesome moment! Great job Student Council! 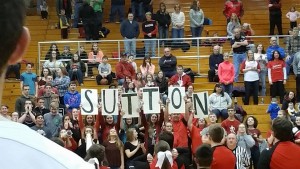 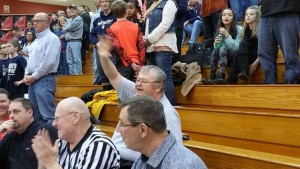 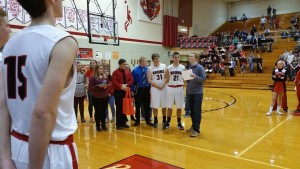