The boys soccer team hung tough for 50+ minutes before Burris took over with 3 second half goals to win 3-0 at the New Castle Sectional. Peyton Smith, Keaton Elkins, and Quenton Thurman each recorded a shot on goal. Charlie Cranston had 10 saves on the night. 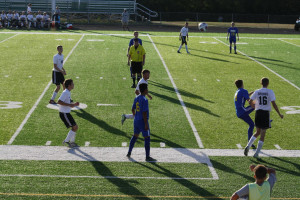 Coach Brad Batman discussed their opponents after the game, “Muncie Burris showed some great individual skill and movement tonight. Their quick set plays and field awareness were impressive. They played great team soccer in all aspects of the game.” Batman continued, “It was a very physical and tough game tonight. Both teams played well. It just wasn’t our time. Our ball movement was good. Our runs on and off the ball were dangerous. The defense, midfield, and offense all had a good game. We just failed to connect pieces of the game together to match the score.” 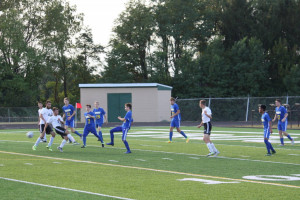 He concluded, “This season was a turning point for this program. We won multiple games. We scored almost as many goals as we allowed. Our statistics look good. We were competitive against teams who used to run up the score. I have high hopes for next season. It’s unfortunate that our seniors won’t get to join us for another promising year. However, I am excited to see who steps up to fill the place of such great leadership for Blackford Soccer.” 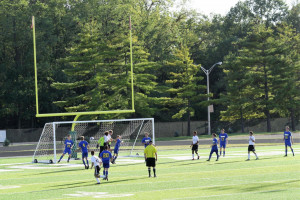 The Bruins 4 wins equaled their win total over the past 4 seasons. It was also the most by the Bruins since 2012.

The Bruins have nothing to be ashamed of having given their best effort and having made vast improvement over prior years. There is much to look forward to as several return from this young group!