The junior high football teams each closed out the season with losses to Eastbrook. The 7th graders lost 46-0 although in reality is was a forfeit due to having to play a couple 8th graders due to low numbers. The 8th graders dropped their game 32-8.

In the 7th grade game, Dillon Teer led the offense with 14 yards rushing. Bryan Hernandez added 8 yards rushing. The defense was led by Dannie Morris with 4 tackles and Jake Ludwig with 3 tackles. They finished the season 0-7. 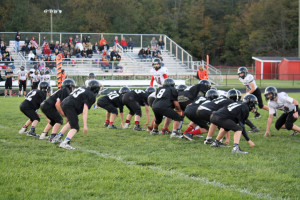 In the 8th grade, the Bruins lost to a very good Eastbrook squad that finished the season 6-1. Despite have a few players out, due to injury, the Bruins gained a moral victory by giving Eastbrook their toughest battle with the exception of a Panthers loss to RJ Baskett. The closest Panther win prior to last night was 38 points, but the Bruins hung in to stay within 24 points. 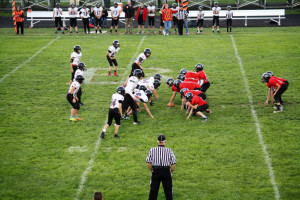