The varsity baseball team dropped two games at  Wabash this afternoon. The Bruins lost a heart breaker 5-4 in game one before losing 10-3 in game two. The Bruins lead in both games after a half inning only to see the Apaches tie it in the bottom half in both games.  Zach Tarr pitched 4.1

Blackford Boys Golf traveled to Warsaw’s Rozella/Ford Golf Course to participate in the Triton Golf Invitational. The Bruins represented very well with a strong 2nd place finish losing only the host school Triton out of a field of 13 teams. The Bruins had two medalist in the tournament. Senior Blake Thiery fired an 81 placing 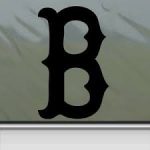 The JV baseball team lost their season opener at Wapahani, 1-0. The Bruins were unable to record a hit and struck out 15 times at the plate in the loss. Jake Ross pitched 6.1 solid innings for the Bruins but took the loss. He allowed one earned run on five hits. He walked two and 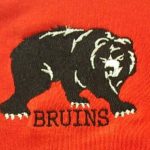 The track team competed on a cold, wet evening at Southern Wells against the host Raiders and Jay County. Official results will not be posted until today, but the girls dropped their meet to both schools while the boys split their opener. According to Coach Harlow, Baily Cline and Jamie Twibell both ran well in

The varsity baseball team split their season-opening double header against Wes-Del. The Bruins lost the opener 8-4, but bounced back in game 2 to win 14-2. Daniel Strickland went 3 for 6 and tossed 5.1 innings of scoreless relief over the two games to the lead the Bruins. He also got the win on the

Due to low numbers, Bluffton will not be fielding a JV softball team this year. As a result, the JV game on Thursday, April 9 has been canceled. Also, a reminder that the Eastern JV game had already been canceled for the same reason. It was scheduled for Thursday, April 16 at Eastern.

IHSAA Student-Athlete Tip of the Week (3-30-15) “Promoting education based athletics in Indiana” Are you a student-athlete who occasionally disagrees with your coach? It is not uncommon and as you interact with other adults you will find that differing points of view can be healthy. Most importantly it is key that you learn to take

IHSAA Student-Athlete Tip of the Week (3-23-15) “Promoting education based athletics in Indiana” While watching the NCAA tournament this past week, it’s evident that college athletes and their teams have a huge advantage when it comes to controversial calls and the use of instant replay. In high school, once the call is made there is

Reminder that the award program in tonight for winter sports and cheer.  Everyone will meet in the cafeteria at 6:30pm.  Break sessions will follow. Dress is business casual, khakis and polo or better, as we want to be respectful in the celebration of our student-athletes accomplishments. Public is invited.

IHSAA Student-Athlete Tip of the Week (3-16-15) “Promoting education based athletics in Indiana” The NCAA basketball tournament tips off this week and the Kentucky Wildcats will be the number one seed and the team to beat. But this tournament is no different than the high school tournament in your sport. While there may be a