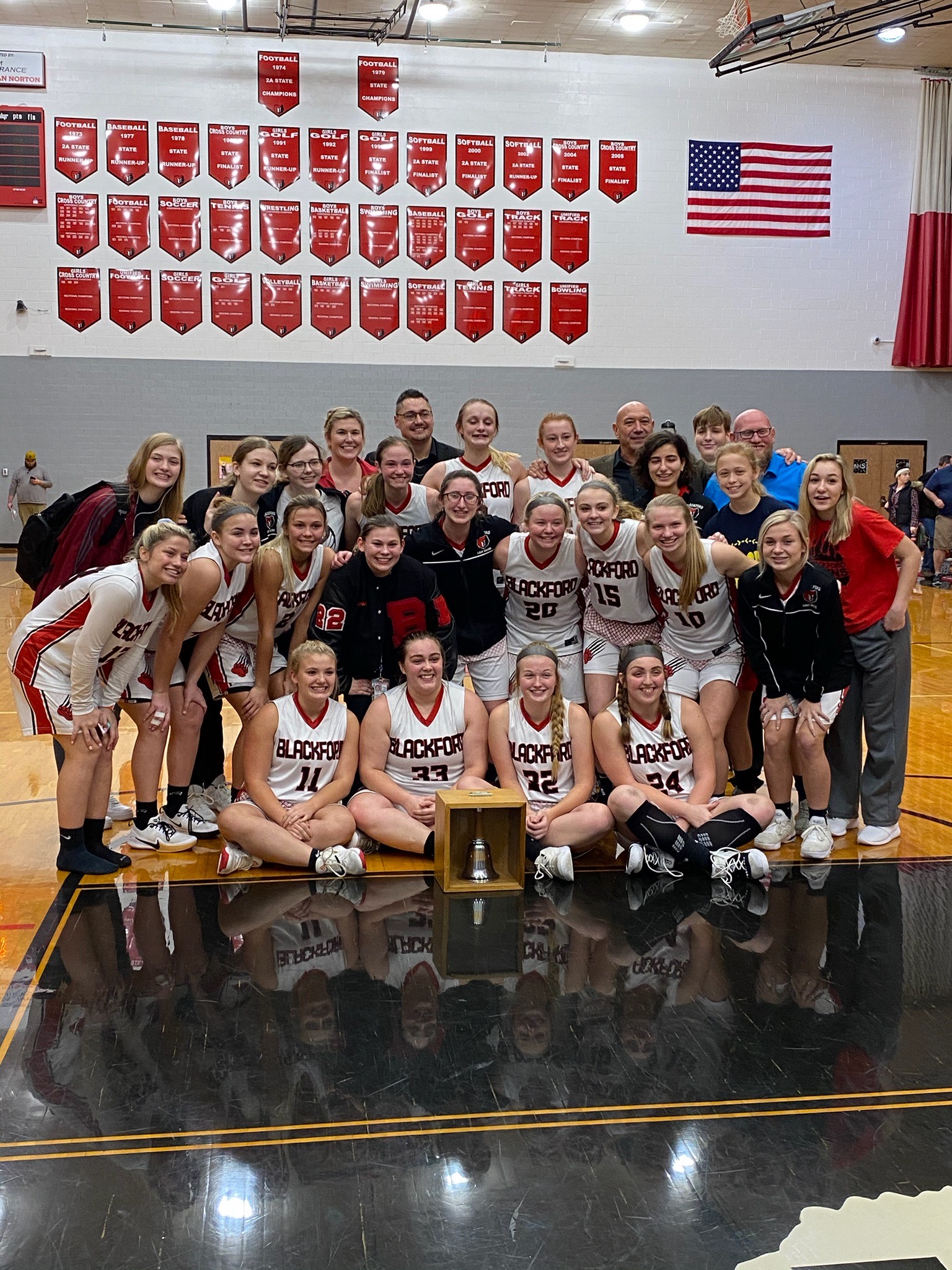 The Blackford Lady Bruins knock off Oak Hill 34-27 in a thriller! This is the first time that Oak HIll has been beaten in the CIC since December 19th of 2015! That breaks their 28 game winning streak in the CIC. The Lady Bruins did it with tenacious defense and a whole lot of grit! Blackford came out hungry and were able to dictate the tempo, which you could tell threw Oak Hill a little off. Blackford was trailing 5-7 after 1 and 10-13 at halftime. Olivia Leas stepped up in the 3rd quarter scoring 9 of the Bruins 12 points as the Lady Bruins took a 22-20 lead. The Lady Bruins didn’t look back as they followed it up with 12 more points and held Oak Hill to just 7.

Coach Mitch Waters said, “That felt like we won sectional or a tournament of some sort. The girls and the atmosphere were electric the entire game! Coming into the game, we really felt like we could do exactly what we did, but you never know until you play. That was our best win thus far this season! For those of you that don’t know the history of Oak Hill, we just beat a team that beat us by 58 points last season, won the state title, hasn’t been beat in 4 years in the CIC which was 28 straight games, a coach that is 301-79 in his career, 12-4 coming into that game, and to top it off, we were a 17 point underdog via John Harrell’s sagarin ratings! We now push our record to 10-6 on the season and have the sole lead in the CIC as the only undefeated team remaining. It has been a long time since Blackford girl’s basketball has been in this position and boy it feels great!”

The Lady Bruins improve to 10-6 on the season and 4-0 in CIC. They will be at home against Union City on January 15th. Game time is 7:30pm, don’t forget to come out and support the Lady Bruins! #bettertogether