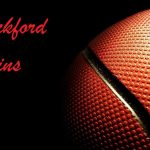 The Bruin football team had the luck of the draw work against them as they drew #2 Eastbrook for the second consecutive year for their sectional opener. The Bruins headed over, and gave it their best shot, but the Panthers overwhelmed the Bruins in a 55-8 victory. The Panthers jumped out to a 21-0 lead

It is always good to see the Bruins being commended regardless of the outcome on the scoreboard. Both teams were commended for great sportsmanship on Friday night despite the lopsided score. The Bruins coaching staff was also commended for the way they treated the officials. How you represent yourself does indeed matter and the Bruins

Making his debut appearance at the Boy’s Cross Country Semi-State, Junior Noah Kitterman, represented Blackford Bruins with a strong 5K finish of 17:56.9. He finished 136th of 179 total runners. Noah ran with speed, grace, and determination in a competitive, fast, and jampacked race of the state’s top runners. The top runner from Angola finished 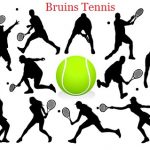 Coach Hadler has added an extra day of youth tennis camp (grades 5-8) tomorrow from 3:30-5pm at the BJSHS Tennis Courts. Take advantage of this opportunity, and hopefully dryer weather, to improve your game. 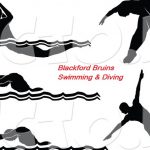 Some quick info to Girls Swim Team from Coach Malott: “We will start mandatory swim practice Monday October 26 at 3:10, divers will be at 4:45. We will be rotating times for divers and swimmers for fewer contact issues. This year may look different. We are in an ever changing climate so please understand we

The tennis camp has had great attendance this week! And the coaches have received a lot of positive feedback from parents.   There is still time for others to join tonight after school and Monday through Thursday next week. The camp runs through 5pm each night. Just come dressed with tennis shoes, shirts and shorts 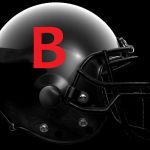 A combined 7th and 8th Bruin JH Football Team played a combined Oak Hill Eagles team last night. The Bruins were led on offense by Nick Ely with 135 yards with help from Carter Clouse with 22 yards, Destiny Matura with 11 yards and Tyler Jordan with 14 yards and a touchdown. The offense was able to move the ball

Below is a release from the IHSAA. There have been questions (Can fans broadcast?) and concerns (Is this allowed?) about individuals/groups broadcasting IHSAA tournament contests. Please note that ANYONE who broadcasts live must have permission in advance through the 360 Group. From the IHSAA…. As expected, we have seen an increase in broadcasts this school